On Saturday, Oct. 30 we held our 17th annual Gift of Time Gala. Our first-time hybrid event inviting people both in person and virtually. During the event, we heard from Canuck Place mother Sharon Bulger who shared the story of her son Cameron.

It is an honour to be here with you all tonight. My name is Sharon and I want to thank you for allowing me to share my family’s story and specifically, for allowing me to share our son Cameron with you. You have given me the gift of honouring his memory and his legacy. Tonight also heals bits of my heart to see glimmers of hope that continue to shine from his life.

Our family was a typical family. Both my husband Glenn and I worked full time, the boys attended school and daycare, sports teams and activities. Our daughter, who we adopted when she was 16, was in living in Toronto working and completing her master’s. We spent weekends running errands, playing board games and riding bikes. Friday nights were fun nights. To describe us would be to describe most families in the throws of raising children, building lives, and making memories.

As school was wrapping up for the Christmas break in 2017, when Cameron was 6 years old, we started to notice that he seemed out of sorts. He was uncharacteristically short tempered and began to behave aggressively towards us. Over the holidays he didn’t seem to settle and as school started up again in January, we began to worry.

On January 18, 2018, our world changed in ways we still can hardly comprehend. I was sitting in a meeting at work when my phone rang and it was the boys’ school. Cameron was awake and breathing but unresponsive. 911 had been called. The entire drive to the hospital was spent with this lingering thought… could this be one of those days that forever changes the trajectory of our lives?

Arriving at Surrey Memorial Hospital, I found Cameron vacant and unresponsive. That began 31 days of fear, chaos, surgeries and ended in a cancer diagnosis that did in fact change our lives.

Nothing could have prepared us for the meeting with the oncology team the day they told us that Cameron had a grade 4 malignant embryonal tumor. A rare and very aggressive cancer that had no cure. They told us that he had a 40% chance of living for 5 years. Our options were to sign him up for a treatment trial that would be grueling, come with a huge list of awful side effects, some guaranteed to be permanent. Or, we could take him home, make memories and hope for the best quality of life we could until the cancer took him. The second option seemed crazy, Cameron was a fighter, and we knew right then and there, that we were going to give this everything we had. Cameron dying was not an option.

Cameron got so, so sick. There were several times where I wasn’t sure he was going to survive the chemotherapy regimen. It took his hair twice, stole much of his hearing and within days of chemo starting, stole his ability to eat. Cameron ended up with a NG tube, a nose feeding tube that would remain his main source of nutrition for more than a year.

2019 was born with incredible hope as Cameron was declared in remission and we began to look at healing from the trauma of the previous year and rebuilding our lives. Cameron started to integrate back into school with all his friends and we took a family trip to Disneyland to celebrate. Remission was short lived however, a biopsy over the summer determined that it was the same cancer and we were told it was now terminal. We booked Cameron’s Wish Trip to Disney World Florida as we wanted to infuse as much joy into his life as possible.  The memories made on that trip were unbelievable. Cameron and his younger brother Zachariah loved every minute of it.

The weekend we returned from Disney World, Cameron lost all left side function in his body overnight. Radiation was booked at the BC Cancer Agency, wheelchairs, stair lifts and a plethora of other medical pieces were rapidly introduced to our house.

It was at this time that Canuck Place entered our lives. We knew that Canuck Place existed, but we had no plans of ever engaging with any of their services. So, when our oncology team brought Nurse Practitioner, Camara, into one of our team meetings, she wasn’t met with a lot of warmth from us. We weren’t really interested in anything that she had to say. You see, we knew that he was terminal, but the idea of losing our son was so unfathomable that it couldn’t be possible.

Camara was kind, persistent and darn it, she really did know what she was talking about. She was able to provide advice and medication adjustments that helped to relieve Cameron’s pain and bring back some better quality to his life. When she said she would be there, she was, and slowly she transitioned from the person I wanted nothing to do with, to the person I couldn’t live without.

Canuck Place swooped in and relieved the pressure. We chose to stay at home as long as possible as that is what Cameron wanted. This meant that I needed to learn how to juggle being mom and nurse. The Canuck Place Enhanced Community Care Program became my lifeline. Camara would arrange for nurses to come to the house to assist with more complex care tasks, she took care of bringing medication as needed and helping me to constantly juggle dosages so that we were always on top of pain and side effects. She helped me to organize community nursing support to assist with the growing responsibilities.

Kelly and Emily, two of the counsellors at Canuck Place came to the house often to support the boys through their big emotions with play therapy. Cameron loved Kelly and often shared deep feelings with her that he was protecting us from. He was wise beyond his years and knew so much more than he let on. He was so loving and cared so deeply for all of us – he wanted that to be what he expressed. Emily was Zachariah’s person, and still is, and thankfully she was able to come to our house and connect with him through his toys and in our backyard during COVID, as Zoom sessions didn’t work well for him at all. Zach is an energetic little guy and kept Emily on her toes. She seemed to be able to effortlessly match his energy and they engaged in all sorts of fun.

As COVID began to become an issue worldwide, we continued to rely on the Canuck Place care at home to support us and made the difficult decision to remain home for Cameron’s end of life care so that we could continue to be surrounded by friends and family. Numerous times Camara stood in my kitchen as I expressed my concern over whether we could actually walk this path at home. My biggest fear was that Cameron would end up in crisis and that we wouldn’t be able to properly support him and that he would pass in chaos and that the trauma to us all would be overwhelming. She reassured me repeatedly that they would be there and that we would never be alone.

On May 15, things really started to change. Cameron had been wheelchair bound for a couple of weeks at this point and was slowly sleeping more and more. We could tell that his body was shutting down. The shift was palatable, and I called Camara. She came over to the house and assessed Cameron with me. It was decided at that point that she would bring in one of her nurses. She sent us Doreen Landry, a registered nurse who has been with Canuck Place for over 25 years. She calmed my fears and somehow became like family in the 12 or so hours she was with us. You see, Canuck Place nurses are a special type of people. They have walked families through their most harrowing moments more times that you or I care to think about. They come in and have this ability to slip into the background in your home but appear in the foreground the moment you need them.

Doreen spent that night on one side of Cameron’s hospital bed and my husband and I slept in our bed on the other side. Every time I woke up, she would give me an update and encourage me to try to get a little more rest. Around 4am on May 16th, we knew that Cameron was close to the end of his life. Barely able to comprehend it, we called our family to come. Our parents, siblings, nieces and nephews all gathered in our room to surround Cameron. We talked to him and loved on him. Camara and Nurse Shanna came in the early morning hours and helped us to transfer Cameron to our bed so that we could lay with him. Cameron’s breathing slowed and eventually he took his very last breath in our arms. Our world broke open and shattered into a million pieces.

No parent plans for their child to die, and no parent has any plans for when their child does die. Canuck Place and Camara were there to help us put the pieces back together. She walked us through calling funeral homes, making the necessary plans and helping us to try to catch our breath in the midst of the most unimaginable day. And then the funeral home came to get his body… I am not sure what was worse, Cameron dying or Cameron being taken from our house. In the depths of my worst nightmare, Canuck Place held us until we could begin to stand again

Camara and the counselling team wrapped around us, and our Zachariah who was so incredibly devastated and in such shock. They helped re-organize our house, get the medical equipment out and navigate finding some kind of footing.

Our Cameron, was an adventurous, kind, faith-filled, generous and humorous little man. He loved roller coasters, bike riding, playing hockey, anything and everything to do with water but most of all, he loved his people. Cameron looked forward to family gatherings, holidays and birthdays and always had a homemade card, a giant hulk-like hug and some sweet words to share.

We are grateful for the Canuck Place team who enabled us to care for Cameron at home, to spend time loving him and every moment we had with him. The entire Canuck Place team helped our family make memories, supported us through our grief, gave us time to be loving parents, and they took care of the rest. We couldn’t imagine navigating the loss of our Cameron without Canuck Place.

And they couldn’t do it without you.

Your generosity tonight means families like mine are given the precious gift of time, to make memories that will last us a lifetime. Thank you.

We want to thank Sharon for her courage in sharing her family’s story.

If you feel inspired to help give short lives the gift of great days, consider making a donation. 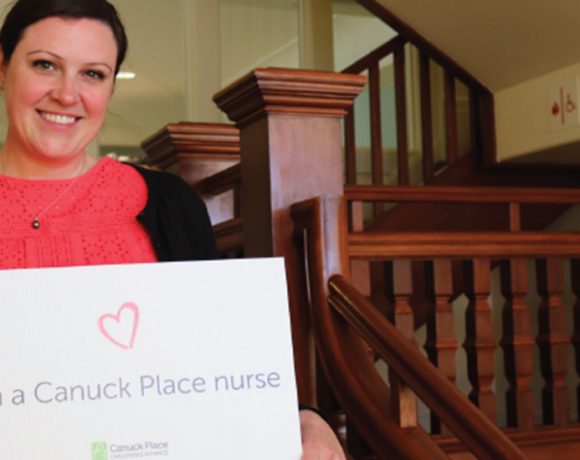 A Canuck Place Nurse Thinks Outside the Box 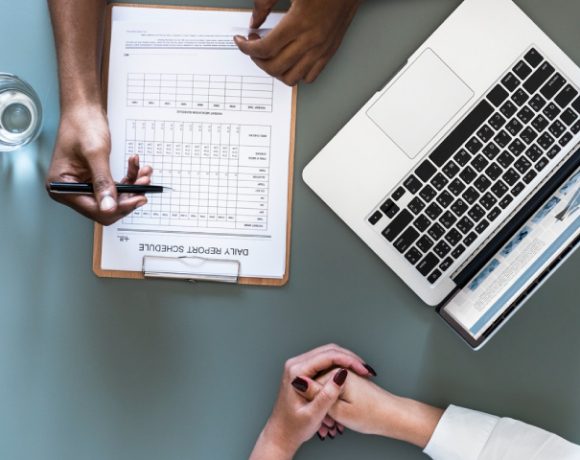 Someone Who Understands: Interpretation Services 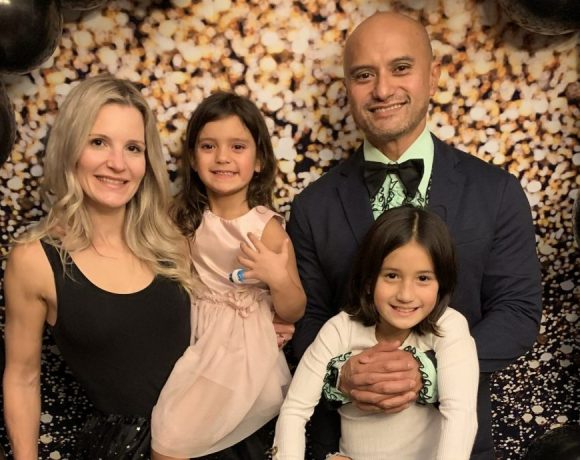