Colten received expert clinical care from Canuck Place Children’s Hospice, and the family continues to be supported today by our counselling and bereavement team.

Canuck Place is: the light in the tunnel
Colten’s Story, as told by Canuck Place mother Chelsea Ruf

Good evening. My name is Chelsea Ruf and I am here tonight to tell you a story. It is about love – but not the typical love story we all think about.

We had 4 short months with our beautiful Colten.

Canuck Place walked with us through this time, gave our family love and guided us through the hardest moments of our lives. They are still here today, beside us, as we make our way on our grief journey.

In 2015, my husband Derek and I proudly welcomed Colten. He was two weeks late–a trait he undoubtedly inherited from his mother! He had a full head of hair—and not just fine baby hair, but John Stamos hair! He weighed in at 9lbs, 12oz. We were new parents, overjoyed, overwhelmed and head over heels in love for our little boy Colten.

We had no idea that Colten wasn’t exactly like other newborns. He was sleepy, a quiet crier, and didn’t move much–hints that the nurses were quietly observing, but we couldn’t see. Our doctor broke the news that he had serious concerns and that Colten would be transferred to Surrey Memorial to the NICU for testing.

In the span of 3 hours our lives changed. All of our joy, excitement, and anticipation fell away to anxiety, fear and a sense of nagging dread. I can define that as the moment when we found ourselves standing in the dark tunnel of disease and diagnoses. We had no idea what was to come, how long the tunnel was, or when we would see light again.

We were sent home with no answers, awaiting test results, armed with a slew of instructions from the NICU team. The most important? To love him as hard as we could.

This is exactly what we did. Colten was surrounded by his family and extended family all of the time. I often joked about how he probably thought he was royalty, because he was constantly doted on. We did normal things, playtime and bath time, stories and snuggles, visits with family and friends.

The tests finally came back. Colten was diagnosed with Spinal Muscular Atrophy – S M A – Type 1 and we joined the SMA program at BC Children’s Hospital. SMA is a rare neuromuscular disease that results in the loss of motor neurons and progressive muscle wasting. It is a terminal disease, and even though it is the number one genetic killer of infants–it is still very rare. 1 in 6,000 babies are born with SMA—most do not see their first birthday.

Once again we left the hospital to take Colten home, but this time it felt like our baby had been stamped with an expiration date. Now we were deep into the tunnel but we kept steadfast in our mission to capture every possible moment. To capture as many experiences as we could for him.

We went to the family cabin. We splashed with his hands and feet in the kiddy pool, took hundreds of photos and videos, and played with every stimulating toy we could find. The more lights and sounds, the better.

Colten was so alert.

That’s the thing about SMA: it doesn’t affect the mind. Colten was developing normally cognitively and becoming more that he just couldn’t do the things his brain was telling him to, like try to roll over.

Amidst all of these special moments we had with him, we also took many trips to the hospital.

On one occasion, Colten almost choked to death on his own saliva. Swallowing is a major concern with SMA. It was during this emergency visit that we were introduced to Canuck Place.

We didn’t know much about Canuck Place, but it was described to us as a wonderful place with complex medical care for Colten, and support for our entire family.

We were skeptical. As wonderful as Canuck Place sounded, it felt like nothing could be wonderful at that point.

When you are deep in the tunnel of diagnoses and disease, it’s an isolating place. It’s hard to imagine that anyone that isn’t in your shoes can really understand what you and your family needs.

Our team at Children’s urged us to go visit. I will never forget walking into Canuck Place for the first time. It felt like we walked into a hug.

The house is beautiful, warm wood and soft tapestries—a stark contrast to the fluorescent and linoleum of the hospital.

Most importantly it felt like a house of understanding, full of people who have cared for countless families like ours, with kind, compassionate, and knowing eyes. It took only a moment for me to know that Canuck Place was going to be an important part of our journey.

Colten was three months old when we spent two nights at the hospice on our first medical respite visit, getting to know the team there, and making some plans for the future.

The nurses and doctors at Canuck Place had all of the medical knowledge, skill and tools that you would find in hospital but with the warmth and comforts of home. And we could be there with him.

We met nurse Pippa. She took the time to get to know our family, and let us know she would care for Colten. She assured us that he was in good hands, and that we could relax.

We spent two truly wonderful days wandering the garden, having dinner together, and eating delicious cookies. I ate more cookies than I should have. We also spent time with the Canuck Place clinical team talking about an end-of-life plan that honoured our values and wishes for Colten.

Our hope was that, when the time came, Colten could pass away at Canuck Place.

We had no idea that just 3 days later we would be returning to say goodbye to him.

We were home with Colten when his breathing became more labored and his oxygen saturation started to decline. I called the Canuck Place 24-hour clinical care line and spoke with a nurse–just one of the many invaluable lifelines that Canuck Place offers to families like ours.

The nurse spoke fondly of Colten, recalling his time there and marveled at what a big boy he was. She recommended that we go to emergency.

We were not ready for our little boy to die.

We were admitted later that night, and less than 24hrs later, Colten passed away in my arms. What was probably the common cold proved to be too much for his struggling little body.

The amazing team at Canuck Place remembered our wishes and arranged for us to take Colten’s body to the hospice and stay the evening there.

They placed him in a cuddle cot so we could spend the night with him, and so that memory making could take place with the Canuck Place recreation therapists.

Canuck Place counsellor Deb came to our room late in the evening to help us all navigate the emotions we were feeling and what we would possibly do next. Our family was able to spend one more precious evening with our baby in that beautiful house, and we were so grateful.

It was the best-case scenario during the worst case scenario. A lamp was set alight in the foyer to signal that the loss, a candle was lit, and Colten’s name was put up on the mantle. These moments were like a flicker of light in the pitch black, the deepest, darkest part of the tunnel.

Deborah spent hours helping us navigate our emotions and the difficult choices that had to be made.

Even though Canuck Place had only been in our lives for a short while, our journey with them was far from over. For months after we lost Colten, we received one on one counseling in our home, over the phone, and here at Canuck Place Dave Lede House.

Grief is a finicky thing.

It is not a straight line of emotions and stages; it is a line tied into a thousand knots while you move forward and backward and sometime just spin around in place.

The care at Canuck Place Dave Lede House was just warm and inviting as the care we had experienced in Vancouver. It, too, was filled with amazing nurses, doctors, counsellors, volunteers, and other families like ours.

Through the bereavement care here, I’ve made connections, shared countless tears, and many laughs with other families also struggling. Canuck Place gave us this gift. The gift of belonging to a community, a family that will always be there for each other.

On the weekend of what would have been Colten’s first birthday, we held a Celebration of Life and our counsellor Deborah attended. This meant so much to our family.

There was never shortage of embraces from Canuck Place, or questions about Colten that came from a place of genuine interest and love.

When your child dies, people fear that if they talk about them, they will make you sad—so they avoid it. The truth is, we are already sad. Saying his name and the opportunity to talk about our Colten reaffirms that he mattered and won’t be forgotten.

Tonight I would like to leave you with a special memory. Last year we attended an annual event that Canuck Place holds for families called “Remembering Our Children.” Afterward, we walked through the beautiful gardens at Canuck Place and found the lantern with Colten’s name on it shining in the dark winter evening. The globes glowed bright, illuminating the names of the children. The lanterns themselves encompassed and protected the candle so that it would stay lit even amid the harsh conditions working against it.

They had been placed with love and the utmost care to guide us. It struck me then that it was so symbolic of what Canuck Place meant to our family and I’m sure to many families.

In its purest form, Canuck Place is love, and it is the light in the tunnel of darkness and disease.

This beautiful gift that Canuck Place gives to so many families like ours, wouldn’t be possible without all of you.

Thank you for sharing your love with families at Canuck Place tonight at the Gift of Love gala.

Thank you for sharing with our family – Colten’s life and his story. Thank you for giving me the space to say his name.

We want to thank Chelsea for her courage in sharing her family’s story with us. If you would like to thank Chelsea as well, consider leaving a comment on our Facebook or Instagram posts for her to read.

If you feel inspired to donate, you can click here. 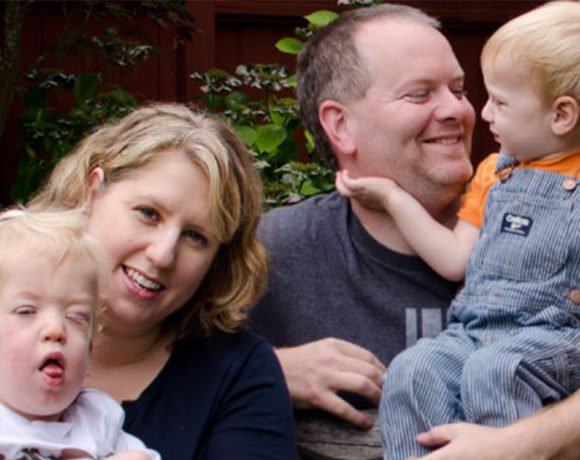 Dominic and Poppy: A Best Day Ever 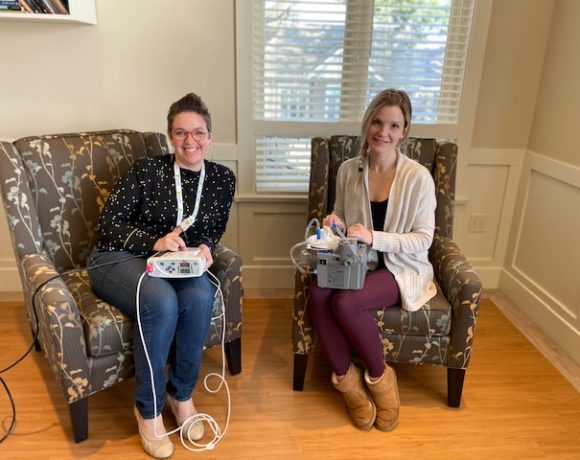